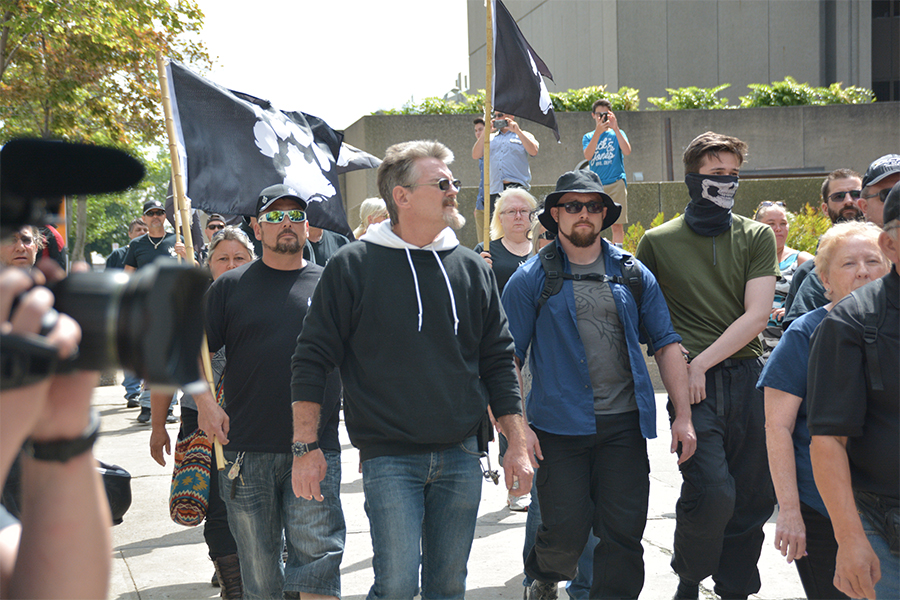 August 25, 2017 — Shawn Beauvais-Macdonald, the former senior level member of La Meute responsible for anglophone membership, was present at the anti-immigrant protest by La Meute in Quebec City this past Sunday (August 20, 2017). Beauvais-Macdonald was one of the Quebecers revealed to have been present at the Charlottesville neo-Nazi protests interacting with known racists and right-wing extremists.

La Meute’s leadership claimed that Beauvais-Macdonald was suspended from the organization, however anti-fascist protesters have pictures of him marching with La Meute members in Quebec City. The pictures are shown below (Beauvais-Macdonald is wearing an open blue shirt and black sailor hat): Revealingly, other senior members of La Meute, such as Robert Proule, part of “La Garde” of La Meute, liked Beauvais-Macdonald’s comments, in addition to other known racists.

As of August 24, Shawn Beauvais-MacDonald is still listed as a Montréal-Clan 06 member.