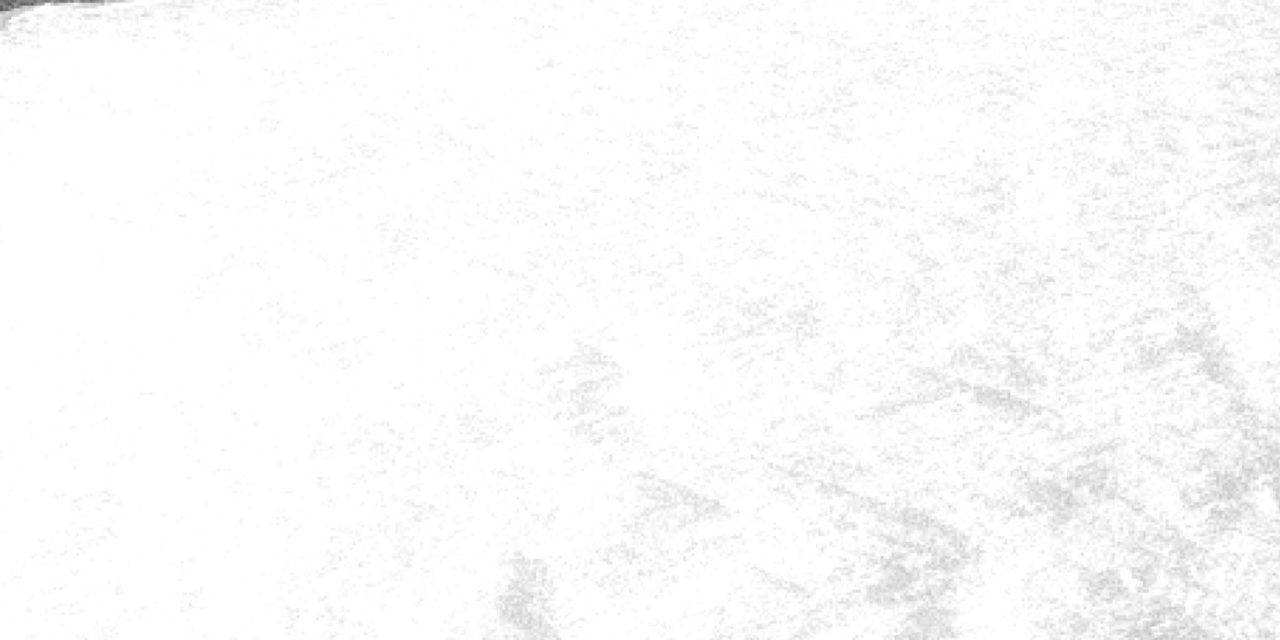 The following text was written by the CLAC,  the IWW and Montréal Antifasciste and was distributed at the Montreal climate demonstration on September 27, 2019. It can also be downloaded to print here.

1. GOVERNMENTS WON’T SAVE US

Those who benefit from poisoning the land and exploiting people you care about won’t be reformed. They’ll make it seem like they hear your voices and occasionally put on grand spectacles to temporarily appease your anger. They’ll encourage you to channel your anxiety into pointless practices that only reinforce individualism. So while some of us compete to take shorter showers or to reduce our trash output, government officials, universities, and corporations shamelessly invest in more pipelines, host uncritical academic conferences, or fly jets to fancy meetings where empty promises are made.

The impact of human emissions of greenhouse gases on climate has been known since the late 19th century. The view that carbon dioxide affects global warming has been widespread since the 70s. Since the 80s and 90s, observations and computer models have overwhelmingly pointed to human-made activities as important factors in climate change. It’s been more than 30 years since the Intergovernmental Panel on Climate Change (IPCC) was created to compile information and advise world governments on how to minimize the anthropogenic (human-induced) climate change that has already claimed innumerable human lives and caused the extinction of many other animal species. This same panel now says we only have 10 years left before we reach a point of no return towards the death of this planet. Our countries are consuming the bulk of the planet’s resources. Yet here we are, asking for the same colonial governments and political class that put us in this mess to ban plastic straws and increase carbon taxes. We have been begging them for decades now. It’s time we start taking power ourselves.

2. CAPITALISM AND THE CLIMATE CRISIS

Capitalism is a socioeconomic and political system under which a privileged few own what the rest of us need to survive. That means the worth of sentient beings and plants is based on their ability to generate wealth. It’s the idea that land, workplaces, trees, animals, housing, and water, are to be owned privately by individuals or corporations, which gives them power to exploit these things however they want, regardless of our concerns, needs, and well-being. This economic system is why corporations are free to build fossil fuel infrastructures on unceded Indigenous land as governments use militarized police to suppress any form of resistance.

To exist, capitalism must uphold hierarchy, power, and obedience. That’s why your acts of rebellion are framed differently than their acts of systemic violence (e.g. stealing food from Walmart vs stealing land from Indigenous peoples). Our efforts towards a better future are meaningless without a radical departure from the system that made violence and destruction the normal (and legal) state of affairs.

To be green is to also to oppose colonialism and racism. Both of these things have everything to do with the climate crisis.

Atmospheric pollution can’t be calculated without taking into account past and present colonial realities. Our understanding of how different countries contribute to climate change must take into account historical greenhouse gas emissions, and most importantly, who profits from the destruction. Industries and empires have been built on the labor of Black and Indigenous people and other people of color. Canadian and American companies murder land defenders for minerals in Latin America and Africa, poison air and waterways in Asia, and put our trash on boats to be dumped far from our eyes.

Repeatedly in Canadian history, ecological devastation has been used as an intentional weapon against Indigenous peoples. Overhunting of bison by settlers led to famine in the Prairies in the 19th century, which was consciously encouraged by the Canadian government under John A. Macdonald as a tool of genocide to “clear the West.” Such practices continue to this day. Grassy Narrows is an Indigenous community near Ontario’s border with Manitoba; its water was contaminated by tons of mercury dumped into its water system by an upstream paper mill. One study estimated that 90 per cent of the population suffers from some degree of mercury poisoning, which can cause everything from cognitive impairments to hearing loss and emotional changes. The heavy metal can be passed from mothers to babies they carry, making it a problem that lasts generations. This is the legacy of Canadian colonialism and genocide; for many people the ecological catastrophe is already centuries old.

In so many ways, the most oppressed always pay the price for Western lifestyles and the out-of-control growth that accompanies them. Droughts, floods, and famines, are increasingly common and displaced people need new places to call home. Thus, as we fight climate change, we must also fight the system of borders that values some lives above others. We must fight the police entering migrants’ homes in the middle of the night to take parents away. We must fight the construction of a migrant prison in Laval that has kids growing up behind bars. We must fight against oil wars that leave entire countries destroyed. We must fight white-supremacy whether it takes the form of neo-fascist militias, conservative columnists, or colonial states claiming sovereignty over Indigenous land. Ultimately, we must also confront anyone who accepts any of this is without feeling profound anger. We can’t allow the most privileged people on this planet to use terms like « overpopulation » or « migrant crisis » because they are too scared and selfish to stand up to real perpetrators of the destruction of our world.

4. RESIST SCAPEGOATING AND THE FAR RIGHT

Certain groups are taking advantage of the catastrophes taking place to put their own hateful and nightmarish ideas into practice.

Following hurricane Katrina that devastated New Orleans in 2005, white supremacist militias took advantage of the disaster to murder random Black people they found trying to survive the floods. More recently, in 2019 in both Christchurch, New Zealand, and El Paso, Texas, neo-nazi gunmen committed massacres, killing dozens of people of color, in attacks which they explicitly framed as being to “save the environment.” All over the world, many people in the rich nations which are creating the most ecological damage are demanding tighter border controls and restrictions on immigration, often citing the need to protect natural resources. At the same time, some racists suggest that there are too many people in the world and target racialized people and people in the Global South with coercive “population control” measures. Here in Quebec, members of far right anti-immigrant groups have sometimes found themselves welcomed in environmentalist spaces and mobilizations, while the concerns of people of color and anti-racists have been simply brushed aside.

This legacy of eco-fascism must be confronted, otherwise the movement to save the planet could very easily find itself manipulated and turned into an instrument to oppress and do violence to those already most directly harmed by the catastrophes capitalism has unleashed.

This flyer was written and is distributed on unceded Indigenous land and a gathering place known to he Kanien’kehá:ka (Mohawk) Nation as Tiohtiá:ke (Montreal).

OTHER GROUPS AND RESOURCES OF INTEREST 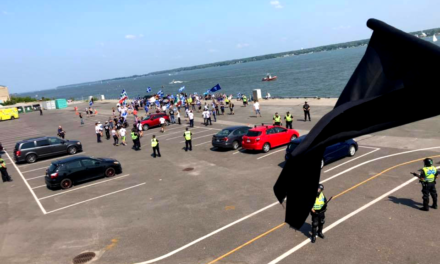 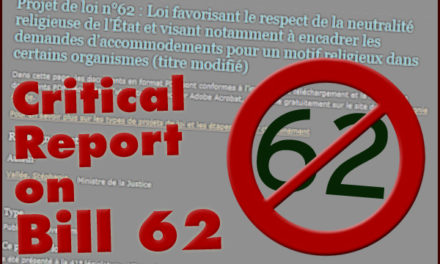 Critical Report on Bill 62, Adopted by the Québec National Assembly on October 18, 2017 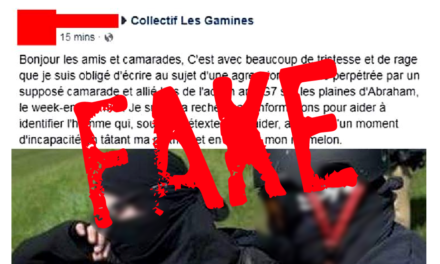