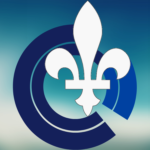 The Mouvement républicain du Québec is a self-styled “non-partisan group” that promotes the political, economic, and cultural “rights of Quebecers,” by whom it means “pure laine” Québecers. This is a nationalist group enthralled with les Patriotes, whose flag has been co-opted by the ultranationalist far-right in Quebec. The rather tame self-presentation on their website hides the xenophobia/ Islamophobia of their organization and its members. The group also peddles antisemitic conspiracy theories in its Facebook group, which has almost 2,500 members.

The group founded in March 2017—oddly, for reasons that aren’t clear, it was registered as a “Limited Liability Company” in Delaware, in January of 2018. The name of the organization was also trademarked in the states of Washington and South Dakota for unspecified reasons. It also claims to be registered with the United Nations Department of Economic and Social Affairs (DESA) as some form of NGO. The group claims to support freedom of speech/ debate, but in reality is primarily an anti-immigrant group with white supremacist leanings, which has, for example, condemned the so-called refugee and immigration “crisis” in Europe. The group even has its own app which members can download.

On their website, they state that they are friends and partners with organizations such as the Canadian Coalition of Concerned Citizens (George Hallak’s well-known one-man anti-immigrant and Islamophobic group), the Rebel Media–related Facebook group “Make Canada Great Again,” and several other Canadian independence parties, most of which have conservative and xenophobic views. The group supports U.S. President Donald Trump and several Tea Party groups, most notably the Tea Party Patriots, as well as trading in conspiracy theories, especially those rallying against globalization and those claiming elites are planning a “New World Order.” Some of these conspiracy theories are clearly antisemitic, claiming that a large Jewish conspiracy is pushing the world toward World War III. Their Twitter and Facebook pages also includeposts about the debunked Hillary Clinton sex scandals.

The group appears to be fairly decentralized with no clear leaders and primarily active online, at the moment. Individuals can join the group for free (or can make a voluntary contribution) through either the website or its Facebook page. Unlike other right-wing groups, which typically have closed Facebook groups, the MRQ has an open Facebook page. The Facebook group numbers almost 2,500 members.

The activities of the Mouvement Républicain du Québec have been largely online, with the occasional attempt to organize a public conference. In June 2017, the group held its one and only conference to date: initially slated to be held at Cégep Maisonneuve, the threat of an antifascist mobilization forced organizers to move it to a sympathizer’s ranch in the Laurentians. A second conference planned for September 2017 was cancelled for the same reason, being replaced by a webinar. The organization was planning a third kick at the can for June 2018, but it was cancelled when only about 20 tickets were sold. with an expected turnout of about 150.