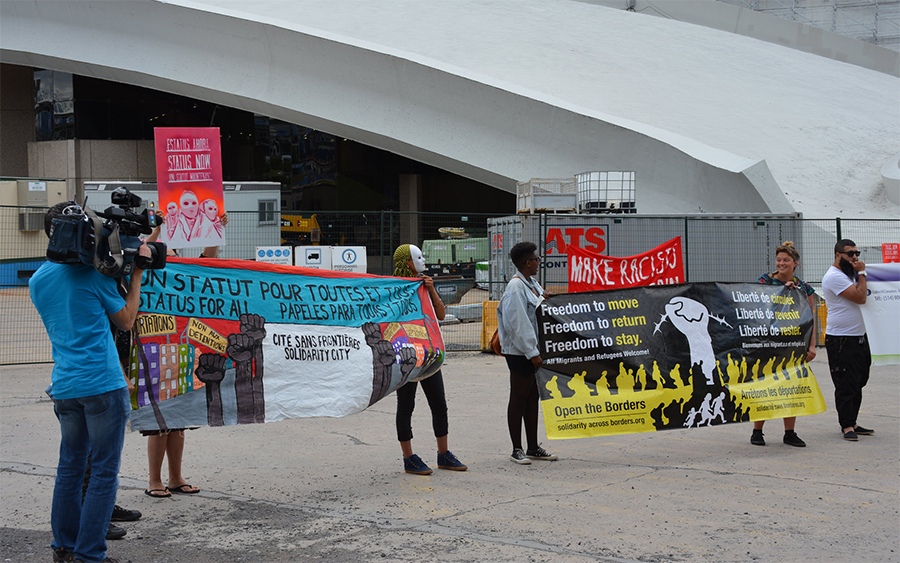 What was intended to be a stepping stone towards a new racist mobilization in Quebec, has ended up a fiasco for the far right. Montreal neonazis and racists have succeeded in doing what antifascists have been attempting for some time: exposing sections of the far right for what they are, sowing division amongst their ranks, and knocking the wind out of their sails.

What They Tried to Do

Following news of a spike in people fleeing the rise of anti-immigrant policies and sentiment in the United States, and of the government’s decision to temporarily house some of these refugees in Montreal’s Olympic Stadium, local racists called for a demonstration to take place this past Sunday, August 6th, outside the stadium.

The demonstration was organized by Philippe Gendron and David Leblanc, two Montreal skinheads, and “Sue Elle”, a member of La Meute who is very active on social media. Gendron and Leblanc were both previously associated with the Soldiers of Odin, and the three are currently known to be close to the Front patriotique du Quebec, a tiny racist nationalist sect discussed in our previous exposé of Louise Duval aka ”Guindon87”. Philippe Gendron, neo-nazi skinhead, close to the Soldiers of Odin and the Front patriotique du Québec. Notice the White Power celtic cross tattoo on his neck… One would certainly not want to think this guy is a racist, or anything…

Despite later claims that the August 6 demonstration was not intended to be racist – and Gendron ordering those attending to not bring any racist symbols or signs – it was organized as “Les Notres Avant Les Autres” (our people before others), a slogan popularized by fascist groups in Europe, and by the openly racist Federation des Québécois de souche in Quebec. Additionally, the callout specified that the issue was one of “genocide culturel et identitaire”, this being another far right talking point. Facebook call-out for the failed racist, anti-refugee demonstration on August, 6th, 2017, in Montréal.

Initially the demonstration promised to be a show of force, meant to intimidate the people being housed in the Olympic Stadium. On social media, messages supporting the demonstration were shared by numerous nazi skinheads, members of La Meute, Guy Boulianne of the Mouvement républicain du Quebec, and many other individuals, groups and social media pages associated with the far right. The “anti-antifa” page made it clear that one reason to show up was specifically to target antifascists with violence. Dave Tregget of the Storm Alliance recorded a special message in English, calling on Canadians to travel to Montréal this weekend to join the “historic” mobilization; regarding the refugees, as he put it, “I won’t say it’s an invasion, but I won’t say it’s not one either.” Colin Oleary, the Storm Alliance’s leader in english Canada, was said to be organizing transportation for those who wished to attend.

And then it all fell apart… On Friday, August 4, the anti-Muslim group La Meute issued a public statement disassociating itself from the demonstration, citing fears that the whole thing was too obviously racist. This was followed almost immediately by Boulianne of the MRQ, who obediently parroted La Meute’sannouncement almost word by word. The irony is of course that both La Meute and the MRQ are themselves racist organizations – the former with an obsessive focus on Muslims, the latter with a more eclectic fear of immigrants and belief in antisemitic conspiracy theories – however they both make it a priority to deny their racism, and probably to some extent sincerely believe their own denials. (The MRQ, for those keeping track, is the racket that was behind the far right conference pushed out of the Cegep de Maisonneuve and forced to meet in a barn back in June (https://montreal-antifasciste.info/fr/2017/06/09/communique_17_juin_2017/). The MRQ was going to hold another conference in September, insisting they would manage to do so in Montreal, but were recently forced to cancel yet again – you can expect a more thorough dossier on this group to be published here in the weeks to come.) (La Meute’s withdrawal is particularly interesting – earlier this year, the group publically declared that it would serve as security anywhere in Quebec for any right-wing demonstration or gathering, to defend their “free speech” against antifascists.)

Once La Meute and the MRQ withdrew their support, the demonstration was only backed by the Storm Alliance (a split from the Soldiers of Odin) and a core of more hard-edged racists, including several skinheads, as well as Georges Hallak of the one-person Canadian Coalition of Concerned Citizens.

As a response to their increasing isolation, the argument began to be made that the demonstration was not against immigrants or refugees at all, in fact had nothing to do with those being housed at the Olympic Stadium, but was really just against the Liberal Party and Justin Trudeau. While the far right – most particularly the Front Patriotique du Quebec – has indeed successfully mobilized this year with similar claims to “just be against the Liberals and government corruption”, this time around the ruse was just too farfetched, given the fascist and racist watchwords used in the demonstration call-out, the known political affiliations of the organizers, and the fact that it was being held right outside the stadium. More and more people said they were not going to show up, less than a hundred said they would even on facebook, and at the same time an anti-racist mobilization, organized by the migrant justice group Solidarity Across Borders, the Non-Status Haitian Action Committee, and allies under the slogan “Refugges in; Racists Out!”, was promising to bring out as many as a thousand people.

Saturday afternoon, the racist demonstration was officially called off. Philippe Gendron did so in an angry video in which he denied that the intent had ever been to oppose the refugees, blaming the Montreal left and George Soros (!) for the fact that he no longer felt it would be safe for racists to show up. This was followed by Colin Oleary who released a video in english, in which he tried to claim Storm Alliance was pulling out for the same reasons as the MRQ and La Meute had, i.e. because they had realized that the whole thing was just too obviously racist. This hypocritical move was clarified somewhat by Dave Tregget a couple of hours later, who admitted that an important factor was the anti-racist mobilization and the lack of security for their side.

In the end, on the day in question, hundreds gathered to deliver a clear message that refugees are welcome here, and that we are determined to make Montreal an anti-racist city. Despite a few individual racists who were spotted in the area, there were no incidents.

If people had not organized against the planned racist demonstration, and had not been organizing against the rise in the far right more broadly, there is absolutely no reason to believe that either La Meute or the MRQ would have backed off. Nor is there any reason to believe the hate gathering would have ever been cancelled. Our pressure created a split, and finally defeated their mobilization, before we even hit the streets.

The far right across North America has been surging since the election of Donald Trump in November 2016. Perversely, this surge really only took off in Quebec following the mass murder of Muslims in a mosque by Alexandre Bissonnette, a member of the far right, in January of this year.

Groups like La Meute, the Mouvement Républicain du Québec, the Front Patriotique du Québec, and the Storm Alliance hope to penetrate the mainstream, and include some individuals who may not even consider themselves to be racist. Yet, since the mosque killings there has been a broad unity not only between these groups, but also increasingly with outright neonazis and open racists, including outfits like the Federation des Quebecois de Souche and Horizon Quebec Actuel. What the “racist fail” of August 6 goes to show is that behind this unity there are tensions and potential divisions, as everyone wants to be leader but not everyone wants to take the same risks.

As anti-racists and antifascists, it was the pressure we created that enabled this meltdown between far right groups. It is our job to keep the pressure on, to not make anything easy for our opponents. At the same time, we must recognize that what is happening politically is the result of deeper and larger developments – the Trump administration’s xenophobic push, part of a worldwide increase in white supremacist nationalism, itself a response to the political, economic, and ecological crises unfolding. These structural underpinnings are not going to go away anytime soon, and so we must continue to prepare for inevitable future racist offensives. 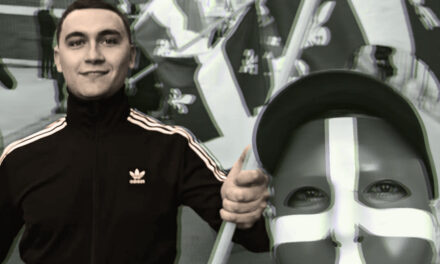