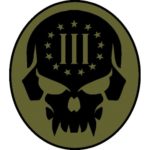 The Three Percenters are a far right militia that originated in the United States; in Canada the group is strongest in Alberta and British Columbia. Believing that Islam and immigration represent threats to Canada and the United States, Threepers are prone to believe various conspiracy theories, to be concerned about gun rights (members are required to hold a firearms license), and to share and avidly seek out and repeat rumours about impending terrorist attacks as well as “proof” of various attacks that have been “covered up” by the media.

The Three Percenters are a group inspired by a US paramilitary organization of the same name formed after the election of Barack Obama in 2008 (the “3%” comes from the myth that only 3% of Americans participated in the War of independence against the British). The III% militia, as they are often called, promises armed resistance against any effort to infringe upon Americans’ access to firearms. However, their political aims extend much further than just a pro-gun position. In the United States, the Three Percenters have been actively involved in patrols along the border with Mexico, blocking buses filled with already-detained migrants, and organizing anti-refugee rallies. III% members have demonstrated in front of mosques and have been involved in a number of violent acts, including one incident in November 2015 when one of the group’s supporters shot five people at a Black Lives Matter rally in Minneapolis.

The III% operate under an unelected top-down national leadership, but in practice things are pretty decentralized. The current Canadian president is Kazimir “Kazz” Nowlin; provinces are run by Executive Officers (XOs), and regional “divisions” answerable to these are run by “Sgt. Majors.” There are groups across Canada, and there has been an attempt to establish several divisions across Quebec, though with very limited success.

III% began in Canada as a Facebook group following the election of Justin Trudeau. By 2017 there were III% groups in several Canadian provinces, initially under the leadership of Robert “Beau” Welling (from Alberta), who was later joined by Carl “Goose” MacKay. Their first major public intervention was to serve as security for professional Islamophobic provocateur Sandra Solomon in Calgary on June 3, 2017, putatively in support of Solomon’s right to “free speech”. As recounted in a Vice report on the rally, “Some of the III% … brought shock canes—a non-lethal weapon that can deliver up to a million volts to the person hit—while others had billy clubs or regular old canes. On many of the shirts was the III%’s credo, ‘NSA’—Never Standing Alone. Scattered throughout the rest of the square were small groups overseeing the proceedings from an elevated position, as well as III%er members dressed in plain clothes milling about the crowd gathering ‘intel’ on what they considered to be the day’s enemy—Antifa, the anti-fascist group.”

III% has always been strongest in Alberta and British Columbia. The Alberta section of the group claims to train with guns on a weekly basis, and has carried out intimidating acts of “surveillance” targeting mosques. In November 28, 2018, leadership of the group passed from Welling to Kazimir “Kazz” Nowlin, former head of the Thompson (BC) Soldiers of Odin chapter. One of Nowlin’s first acts was to instruct all III% members to obtain airsoft rifles, in order to pre-empt legal difficulties that groups that practice with real firearms can be exposed to.

The III% Quebec Facebook page was set up on January 2, 2016, making it one of the first in the country. There was an attempt to set up groups in different regions, and online posts indicate that there was at least some outdoors training, though developments have fallen far short of the organizers’ initial hopes. As of July 2019, there were III% Facebook pages for the province as a whole, and a list of pages posted on the Quebec page directed prospective members to pages  for Montreal-Rive-Sud, Rive-Nord Laurentides, Bellechasse, Outaouais, Mauricie, Sherbrooke, Bas Saint Laurent/Gaspésie, Lanaudiere, and the Québec City capital region. Most of these pages however are inactive, apparently having never got off the ground; outside of the general provincial page, only the Outaouais and Mauricie ones have any members or show any activity, and by social media standards even that was sparse. Until last year the largest, and possibly only functioning, chapter was the Montreal one run by “Sgt. Major” Jonathan Gagnon; however in December 2018 III% Quebec leaders Eric Vachon and Carl MacKay disavowed the chapter and essentially had it shut down, allegedly because it had been organized without their permission (though this seems disingenuous, the real reason likely being that unauthorized activities were being carried out). As such, it is unclear if there are currently any chapters with an existence outside of social media, though it is worth noting that recently several Quebec III% members have joined the Groupe Sécurité Patriote established by people close to the Front patriotique du Québec.

The first far right anti-immigrant event Quebec members of III% were identified showing up at was the November 25, 2017,  Storm Alliance/La Meute demonstration in Quebec City. Shortly after, several people close to the movement declared their intention to participate in a demonstration against the gun registry on December 2, 2017, at the memorial site of victims of the 1989 Polytechnique massacre, during which 14 women were murdered by Marc Lépine, an anti-feminist. (Following a broad media backlash and plans by feminists to make sure their rally would not happen, this event was eventually switched to a “get together” in a sugar shack in Neuville, near Quebec City.) Since then, III% Quebec members have repeatedly been present as security at demonstrations organized by other far right groups in Montreal, Quebec City, and at the Lacolle border crossing (where they engaged in a physical altercation with an antifascist counterprotester, which led to the latter being doxxed). On December 8, 2018, Quebec members also traveled to Ottawa where they joined Threepers from elsewhere in Canada for a broader far right demonstration against the United Nations Compact on Migration.

While the group is clearly Islamophobic and implicitly racist, it is not openly white supremacist: many members would insist that they are not racists, and the current Canadian leader, Kazimir “Kazz” Nowlin, is himself a person of colour.

In April 2019, an investigation by Montréal Antifasciste revealed that Quebec III% member Stéphane Dufresne had claimed in online discussions with neo-Nazis that he was preparing to carry out a “fake terrorist attack” in order to “wake people up.” While III% Quebec social media pages have been relatively quiet in 2019, it is unclear if this represents a decrease in activity on the ground; while a small number of affiliated individuals were present at the Vague Bleue demonstration in Montreal on May 4, they were not wearing their III% insignia (unlike at previous events).