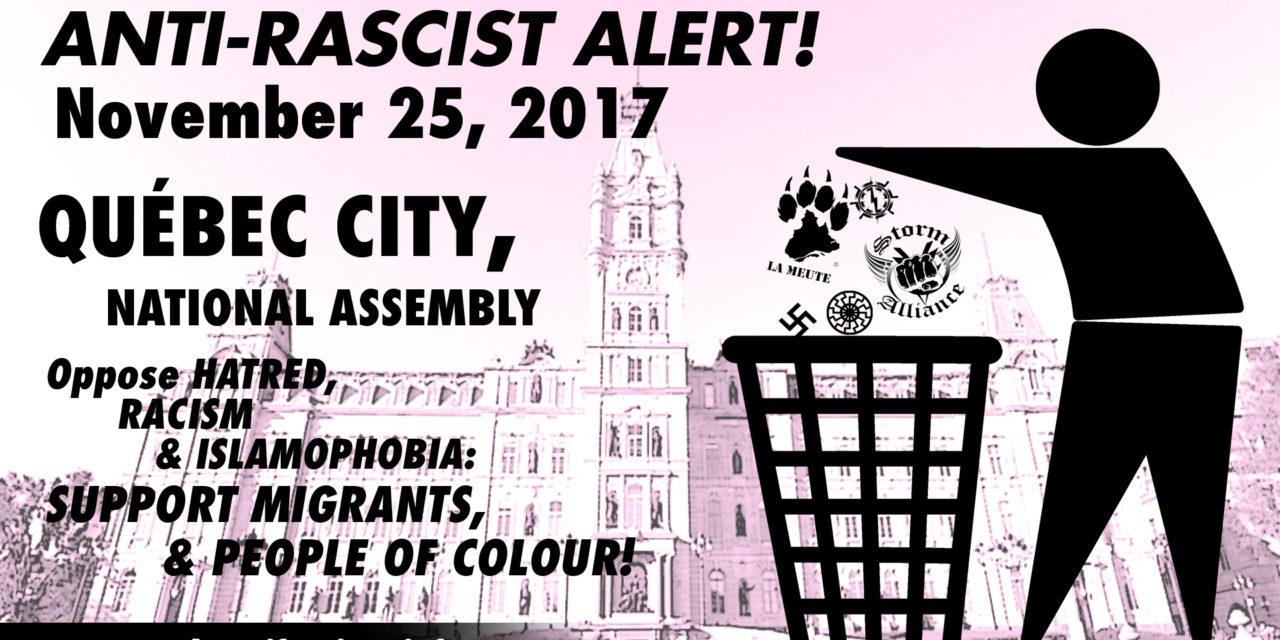 Mark your calendars: Montreal mobilization to Quebec City on November 25

Oppose racism and Islamophobia! Support migrants and people of colour!

Two far-right, anti-immigrant groups — the Storm Alliance and La Meute — are co-organizing a rally in Quebec City on Saturday, November 25 at 2pm at the National Assembly. Since the Ste-Foy mosque massacre in January, these Islamophobic groups have escalated their public presence and activities.Their upcoming rally in Quebec City represents a crucial and necessary moment for anti-racists to come together to oppose racism, Islamophobia, anti-Semitism and growing fascism.

While these far-right groups continue to deny their racism, the Storm Alliance and La Meute have unabashedly allowed the presence of open Muslim-haters, anti-Semites, misogynists, transphobes, neo-Nazis and racist boneheads at their recent protests.

Their planned demonstration in Quebec City on November 25 is part of their continued attempt to mainstream their hatred and scapegoating of targeted and marginalized groups in Quebec society, particularly Muslims and migrants.

Local Montreal-area anti-racists organizations will be mobilizing to travel to Quebec City on the morning of November 25, in support of the anti-racist protests and events to be planned by local allies and organizers.

We encourage the widespread participation of all who care about opposing racism in all its forms, and we will work to make space for people who want to participate in relatively safe and secure ways. Visit the website of Montreal Antifasciste or this facebook event in the coming weeks for more detailed information about Quebec City protests, as well as forthcoming information about travel to Quebec City (and back) from Montreal on November 25.

In the mean time, we encourage you to do the following:

Together, in solidarity and support, let’s oppose racism in all its forms!

– A callout by local anti-racists and anti-fascists in Montreal

– Storm Alliance at the Border: “We’re not racists but …”:
https://montreal-antifasciste.info/en/2017/10/10/storm-alliance-at-the-border-were-not-racists-but/ 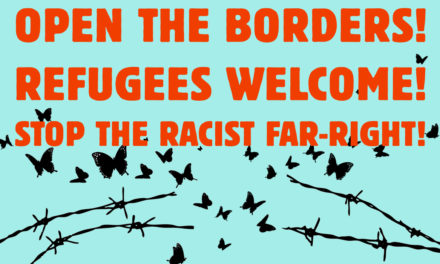 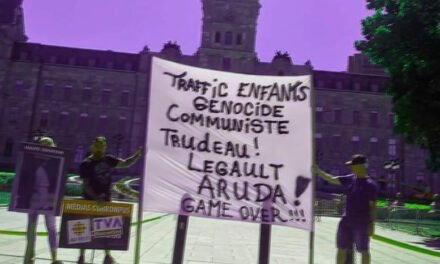 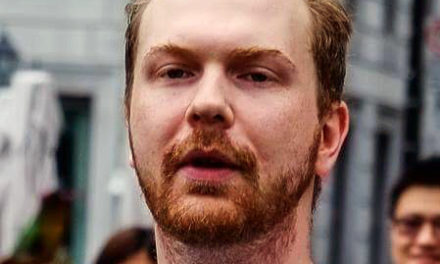